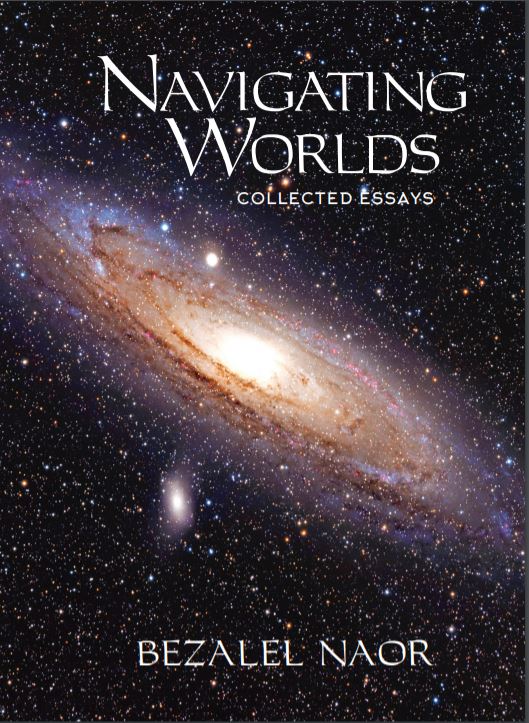 As part of my rabbinic internship with Congregation Beth Abraham-Jacob, I gave a series of classes on approaches to Aggadah (Talmudic stories) within Judaism, focusing largely on the interpretations of Rebbe Nachman of Breslov and Rav Avraham Yitzchak HaKohen Kook. To help me put together the series, Rabbi Alec Goldstein was kind enough to send me a copy of Rabbi Bezalel Naor's new translation of Rav Kook's commentary on the Legends of Rabbah Bar Bar Hannah. I was also lucky enough to get to speak with Rabbi Naor about the series, and to virtually host him for the closing session. That was my first time experiencing Rabbi Naor's Torah directly, as opposed to simply knowing him as the translator of so many of Rav Kook's works. For the first time, though, I now have his original thought on my bookshelf next to his powerful translations.

Navigating Worlds is a fascinating collection of divrei Torah, Talmudic readings, the interplay between Abrahamic faiths (Judaism, Christianity, and Islam), Maimonides, Kabbalah, Hasidism, Rav Kook, Jewish Messianism, and book reviews, published by Kodesh Press. The book is so rich that I find it hard to focus on just a few examples. If you've ever wondered if Abraham actually did kill Isaac on the altar, if Korach was reincarnated as another religion’s demigod, if the Rambam was secretly an Ishbitzer Hasid, what 2001: A Space Odyssey had to do with Rav Kook, whether the Tanya and Nefesh Ha-Chayim actually disagree about what it means for God to retract Godself so there's room for humanity, and what Rav Soloveitchik thought about the Guide for the Perplexed, then this is a must-add to your collection.